Territorial anti-corruption council has been established in Jizakh region

At the regular meeting of the National Council for Combating Corruption of the Republic of Uzbekistan on September 17 of this year, it was decided to create Territorial Anti-Corruption Councils in the Republic of Karakalpakstan, regions and the city of Tashkent and to approve the list of council members, as well as to organize the first meetings.

In order to ensure the implementation of this decision, a constituent meeting of the Territorial Anti-Corruption Council of Jizzakh Region was recently held. 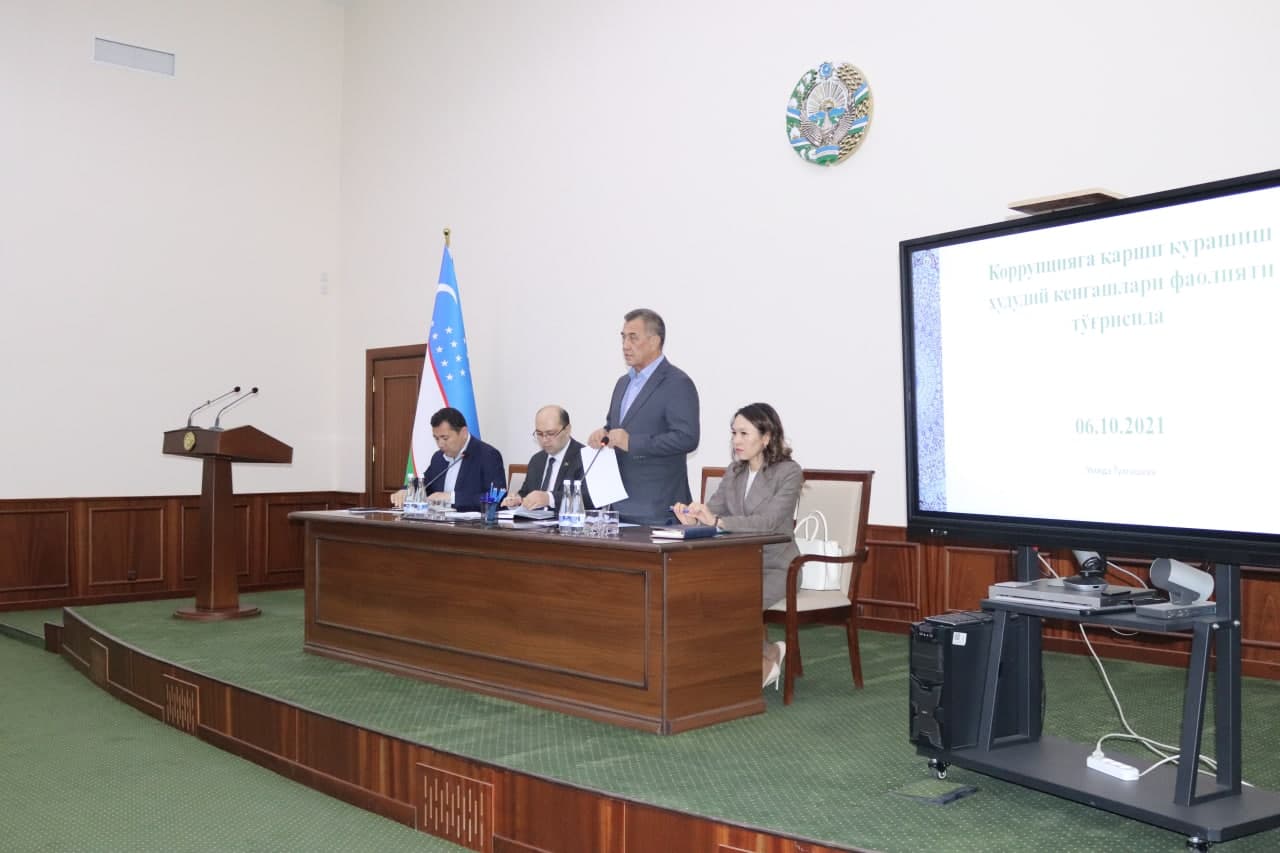 The meeting was attended by Deputy Director of the Anti-Corruption Agency of the Republic of Uzbekistan Umida Tukhtasheva, Chairman of the Legislative Committee of the Oliy Majlis Jahongir Shirinov, First Deputy General Director of the National Information Agency of Uzbekistan Sobir Shukurov, members of the Territorial Anti-Corruption Council, heads of local government bodies, non-profit organizations and the media.

During the event, the main directions of activities and tasks of the Territorial Council were determined.

In particular, the meeting participants exchanged views on measures to combat corruption and the role of the Territorial Councils in their implementation, mechanisms for identifying gaps in the current legislation and making proposals for their elimination, cooperation with civil society institutions and the media.